5 Amazing Islands You May Never Heard Of

By BBIH20 september 2017No Comments

If you plan your vacation to Niue (NEW-ay) you may get the opportunity to experience something only a few people can say they have done..

Swimming with the whales! 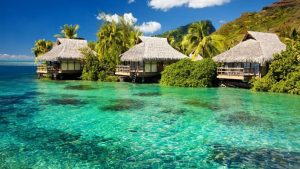 Generally, from July to October whales arrive in Niue its waters to nurse their young. Niue is one of the few places where you are allowed to swim with whales.

If you are lucky enough to be in Niue when the whales are in the water, then it is nice to have dinner at the Matavai Resort. At this resort you have a table with a view of the waters and you can enjoy the whales while you are eating an excellent well-kept dinner.

The whales may keep you awake with their calls and you might hear the whales slapping their fins against the water. Unlike anywhere else in the world, the whales are able to come that close because the water around Niue is so deep. Niue is an island in the South Pacific Ocean, this island has a land area of 261 square kilometers. The population of the island, predominantly Polynesian, is around 1.600 people in 2016. Niue has one of the biggest coral atolls worldwide, enough reasons why you should visit this amazing island.

Moskenesøya or Moskenes Island is part of the island group Lofoten in Nordland county, Norway. The island has two municipalities called Flakstad and Moskenes and consist of 1263 inhabitants. Are you interested in fishing and authentic villages then this island is definitely worth visiting. 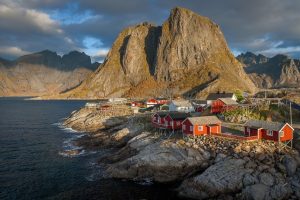 Moskenes Island has multiple old fishing villages and multiple different museums, including the Norwegian Fishing Village Museum and the Norwegian Telecom Museum. Next to that, the island has something to offer for the dare devils and nature lovers as well. The island consists of an miscellany of frosted hills and it has a 1,029 meter (3,376 ft) tall mountain called Hermannsdalstinden, which is the highest peak on the island.

Rarotonga is an island of the Cook Islands where the capital city Avarua is located as well. It is the most densely populated island with 67 square kilometers and the biggest from the 15 Cook islands in de Great Ocean. Rarotonga is a volcanic South Sea island with mountain range in the middle of which the peaks are more than 600 meters high. The mountains on the island have an age of 1.1 to 3.64 million years the highest mountain is the Te Manga, 652 meters tall. The mountainous region is densely populated with tropical vegetation and there are only dirt roads and footpaths. The coastal plain is narrow with a width of several hundred meters to 2 kilometers. 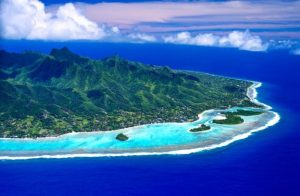 The island is surrounded by a nearly closed reef that surrounds a turquoise colored lagoon. Palm-studded white sandy beaches around the whole island, if you like walking there is a popular cross-island walk that connects Avatiu valley with the south side of the island. It passes the Te Rua Manga, the prominent needle-shaped rock visible from the air and some coastal areas. Popular island activities include snorkeling, scuba diving, bike riding, kite surfing, hiking, deep-sea fishing, boat tours, going to restaurants, dancing, seeing island shows, squash, tennis, zipping around on mopeds, and sleeping on the beach. 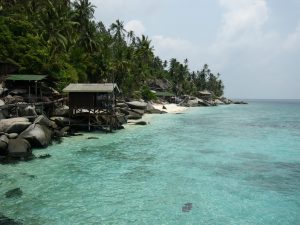 Pulau Aur (Aur Island) is a small island located in the Mersing District, Johor, Malaysia. The island part of an island group together with Pulau Dayang, Pulau Pinang, Pulau Lang and Pulau Pemanggil, all these islands are part of the Johor Marine Park. Pulau Aur is often used by fishermen as a stopping point, also a lot of scuba divers come visit to place because of the beautiful sea life and corals which are to be found in the sea around the island. So if you are really into diving or snorkelling, and want see a small paradise, Pulau Aur is the island for destined for you.

Inis Mór (Inishmore) is the largest of the Aran Islands in Galway Bay in Ireland and has an area of 31 square kilometers. Inis Mór has a population of about 840 people, making it the largest of the Aran Islands and the largest island off the Irish Coast with no bridge or causeway to the mainland. The island is famous for its strong Irish culture, loyalty to the Irish language and wealth of Pre-Christian and Christian ancient sites including Dún Aonghasa described as “the most magnificent barbaric monument in Europe” by George Petrie. 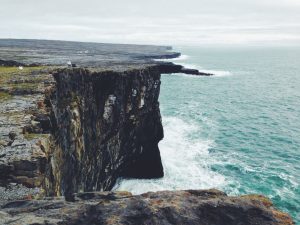 As you go to see the Island then why not take a ride on the traditional way, on a guided horse and trap tour. Pony and trap tours are a family tradition and date back to the 1940s. You will hear wonderful stories and interesting island histories during the tour. Stops are made along the route to let visitors explore. You can look for seals and hike up to Dun Aonghasa. The tours of Thomas Faherty are so different from other tours you may never get the chance to see or haven’t even heard about. Like the Wormhole. You may also like to go to The ruins of the seven churches, the Aran sweater market, and the Dun Duchathair.