When the leaves turn brown and the weather becomes colder, it is time to visit the more warmer and beautiful places on this earth. We have selected 3 cities that would be wonderful for you to visit during the Autumn season. 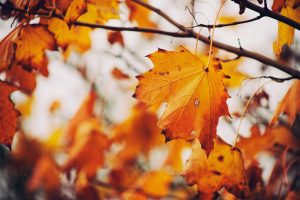 Zadar is a wonderful harbor city at the Adriatic sea in Croatia. The city is rich by the historical structures, is car-free and lies on a peninsula which makes that you are never far from the water. Along the city is the promenade Riva Nova which ends by two artworks from Nikola Bašić. The Sea Organ, a marble stair which makes sounds through the rhythm that the sea makes when the waves break against the coasts making it seem like the sea is making music. The second artwork you will find is the Greeting To The Sun, a big circle made of glass tiles in the middle of the promenade. The glass tiles from the Greeting to the Sun charge at daylight through the 300 solar cells and shine in different colors by night, resembles a beautiful dance floor. In the city you can find the St. Anastasia Cathedral opposite the St. Donatus Church a round church from the 9th century build in pre-Romanesque architecture and the shopping street Siroka Ulica. In the city wall you’ll find the Venetian city gate from 1543, in this wall you see the Lion from St. Marcus pictured. Outside of the city, you will find a 15th-century citadel. There is also an archeologic and a maritime museum in Zadar. 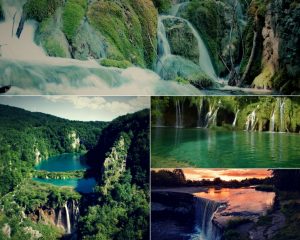 If you make a trip to Zadar you have to visit the national park Plitvice especially in Autumn season when the leaves turn brown. The total surface is 266 square meters. De Plitvice lakes exist out of 90 waterfalls and 16 turquoise-colored lakes. The lakes are 46 meters deep and 470 meters long, the highest waterfall is 78 meters high and is a popular marriage location in Croatia. The park does not only exists out of water but also out of a high forest. In the forest you can find spruce trees from 50 meters high, deer, wild pig, wolfs, bears and lynxes. Thereby more than 140 bird breeds are flying around.

If you would like to visit the capital city of Italy to see its beautiful cultural heritage, but you don’t like to feel sticky from the suncream and sweat all day, then going during the Autumn might be perfect for you. Rome has a very hot climate during the summer but in October the temperature drops to a nice 23°C, which makes it very pleasant to do sightseeing in this very old and amazing city. In November it is more likely to have showers and the temperature won’t rise above 17°C, but it is still a very nice period of time to see the Colosseum, Trevi Fountain, Roman Forum and so much more. Next to that, there willl be less tourists during this time of the year, which makes it easier and more pleasant to go around. 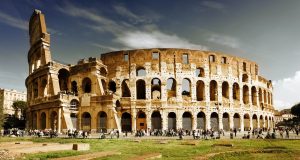 If you are interested, the pope will come back to Rome in October as well and therefore you might have a chance to see him! Another activity in Rome during Autumn is walking through the Borghese park, this will leave you with some stunning pictures of the trees with colored leaves and a blue sky on the background. The air will be so much fresher than in the summer, because of the rainfall. So if you feel like visiting Rome but without the heat and the tourism of the summer, October and November are the perfect months for you.

Haspengouw is an area which is spread over the Belgium province and earlier the Dutch province Limburg. Haspengouw is known for its very fertile soils which is used for agriculture and cattle breeding. It is also known for its fruit plantations. Classic activities as picking mushrooms and chestnuts is an activity that you can do in the Autumn of Belgium, but in Haspengouw you can do this every Sunday.  Aldenbiesen is one of the favourite hotspots of Haspengouw because of the blossom days and during the harvest there are different possibilities to pick apples, pears, strawberries and cherries. If you like this you might be interested to take a look of this beautiful place.